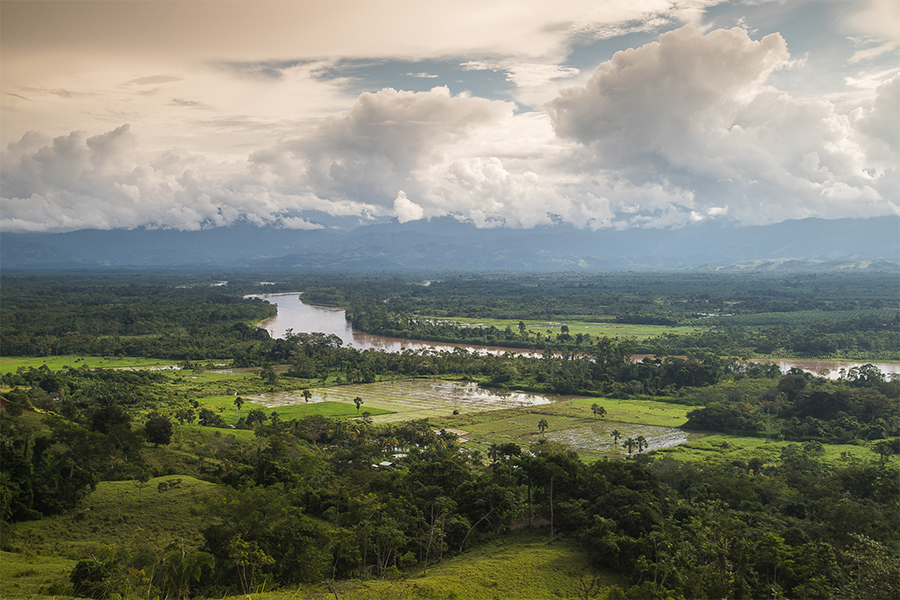 Today, the Governors’ Climate and Forests Task Force (GCF Task Force) and the Government of San Martin, Peru have launched the first GCF Task Force “Intercambio de Experiencias,” a Global Meeting for the climate, the Amazon, and tropical forests.

The GCF Task Force is an international subnational collaboration, working to protect the world’s tropical forests, reduce emissions from deforestation and forest degradation, and promote realistic pathways to forest-maintaining rural development. This collaboration is made up of 39 subnational governments from 10 countries. The Governor of San Martin, Pedro Bogarin, is hosting this exchange and the delegation.

The cities of Tarapoto and Moyobamba (capitol of San Martín) will be the epicenter of this global meeting, where nearly 500 participants from Peru and various countries of the world will have the opportunity to exchange ongoing experiences of conservation and sustainable management of tropical forests. Participants will learn from the efforts of different men and women from the Alto Mayo and Bajo Mayo areas of San Martin, and from other regions of Peru, as well as share lessons learned to apply when returning to their countries.

Guests of GCF Task Force’s member subnational governments from Brazil, Colombia, Ecuador, the United States, Indonesia, Mexico and Peru, as well as observer jurisdictions from Bolivia, are joining in this exchange. Likewise, representatives of non-governmental organizations, national governments such as Canada, Norway, the United States, and the United Kingdom, international cooperatives, private sector companies, indigenous peoples, associations of producers, among other institutions, will attend.

More than 70 institutions belonging to various sectors have helped to organize this meeting, where more than 60 specific experiences will be presented in the San Martín region: at least 30 experiences from various regions of Peru, and another 30 will be presented by subnational governments and international allies from throughout the GCF Task Force network. As part of the “Intercambio de Experiencias,” the delegation will go on two days of field visits to see first-hand conservation and sustainable production efforts on the ground in Bajo Mayo and Alto Mayo on Monday, October 10, and Tuesday, October 11.

Technical break out tables will be held on Wednesday, October 12, where subnational and global experiences will be presented in addition to an annual AmazonTEC event. Subsequently, on Thursday, October 13, a High-Level Dialogue will be held with the participation of member Governors of the GCF Task Force coalition and other authorities, and will conclude with the signing of the “Declaracion de San Martin,” a global action proposal to promote the reduction of deforestation efforts and the climate agenda of tropical forests around the planet.

It is important to point out that 7 of the 39 subnational governments that are members of the GCF Task Force are from Peru: Amazonas, Huánuco, Loreto, Madre de Dios, Piura, Ucayali and of course San Martín.