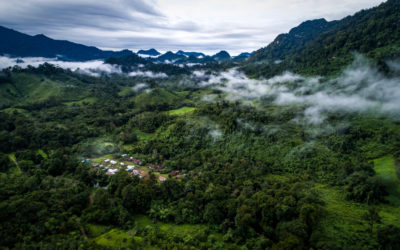 On September 12, 2022, the Governments of Indonesia and Norway signed a new climate and forest partnership agreement that will further support Indonesia’s emission reduction target, especially through the implementation of FOLU Net Sink 2030. This signing comes on the...

END_OF_DOCUMENT_TOKEN_TO_BE_REPLACED 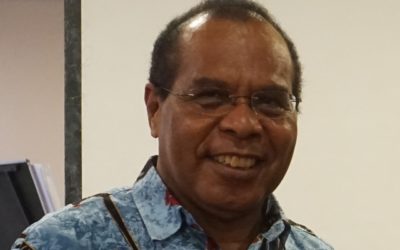 In Memory of Dr. Noak Kapisa

END_OF_DOCUMENT_TOKEN_TO_BE_REPLACED 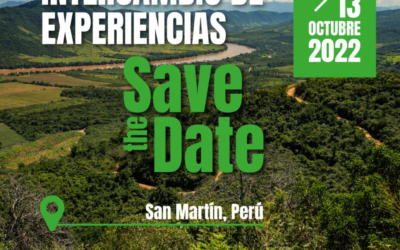 Under the leadership of Governor Pedro Bogarin Vargas, the Government of San Martin, Peru and the GCF Task Force will host an Intercambio de Experiencias in San Martin from October 10-13, 2022. This important technical exchange will promote the sharing of experiences...

END_OF_DOCUMENT_TOKEN_TO_BE_REPLACED

“We can solve any problem that may arise. The most important is that when it is necessary, we are together, united.”

In Aceh support is being provided to map the main agricultural and forestry commodities in two Forest Management Unit (FMUs). This data will be used to improve the RPHJP (long term forest management plans) for the FMUs, seeking to develop models for local communities to generate income while protecting Aceh’s unique forest ecosystems.

In Central Kalimantan the focus is on improving data quality related to the distribution and production of the province’s principal commodities: palm oil, cacao, coconut, rubber, and coffee. This data will be used by the provincial government to improve its spatial plan, known as Rencana Tata Ruang Wilayah (RTRW) in Indonesia.

In West Kalimantan SCAI is expanding the recognition of smallholder rights by formally recognizing productions with Plantation Business Registration Certificates for Cultivation (Surat Tanda Daftar Usaha Perkebunan untuk Budidaya), known locally as STD-B certificates. These efforts are focused in the districts of Sanggau and Sintang, and will be scaled in the coming years to other districts and provinces within the GCF Task Force.

Aceh hopes that through its low-emissions development strategy to meet its deforestation reduction target of at least 80% by 2020 and beyond (Rio Branco Declaration). The project also aims to improve sustainable management of forests in the province due to strengthened governance systems, partnerships and incentives, while attracting sufficient resources.

An Overarching Strategy for Low-Emission Development in Central Kalimantan

East Kalimantan Province is committed to becoming one of the global leaders in
mitigating climate change by controlling the drivers of deforestation and forest degradation, balancing production to meet market demands with protection of critical landscapes, while enhancing community’s livelihoods. The goal of this project was to reduce emission of 22 MtCO2e contributing to Indonesia’s NDC and FCPF and contribute to East Kalimantan’s Rio Branco commitment by 2024.

North Kalimantan is the youngest province in Indonesia which established in 2012 and
as a result is still developing critical REDD+ planning tools and mechanisms. The project aimed to lay the foundations to develop and implement low-emissions development (building on the provincial GHG Action Plan), including a low-carbon strategy.

In Papua, the forest cover is around 81% and the deforestation rate of around 13,220
ha/year it is smaller compared to the national average. The biggest thread of forest in Papua is come from government development programs, especially from issuing massive permits for logging and forest conversions, and also the law enforcement. Improving the forest governance as well as increasing equal participation of the indigenous is seen as one of the solutions to reduce deforestation and degradation. Promoting the Forest Management Unit (KPH or FMU) as a key element of forest governance reform for embracing REDD+ and related initiatives is very important to support sustainable development through identifying drivers of deforestation and forest degradation and to target locations for specific mitigation actions.

The activity is conducted to strengthen the strategy and capacity of West Kalimantan Province to
Support National target and Jurisdictional Approach in Reducing Carbon Emissions from Deforestation and Degradation. This project will facilitate the support from the private sectors especially from the agriculture and forestry sectors in supporting the SRAP REDD+ and relevant policies, and work collaboratively with the provincial government. The project also aimed to improve gender equality in REDD+ planning.

A Strategy for Green and Inclusive Growth in West Papua

Forests still cover approximately 90% of the province of West Papua. West Papua
along with Papua also has special autonomy fund that can be used for supporting indigenous Papuans. The provincial government has made several efforts to promote sustainability, including declaring West Papua a “Conservation Province”. The project goal is to develop an overarching strategy for low emission development in West Papua and strengthen local governance and funding through financial plans for FMUs.