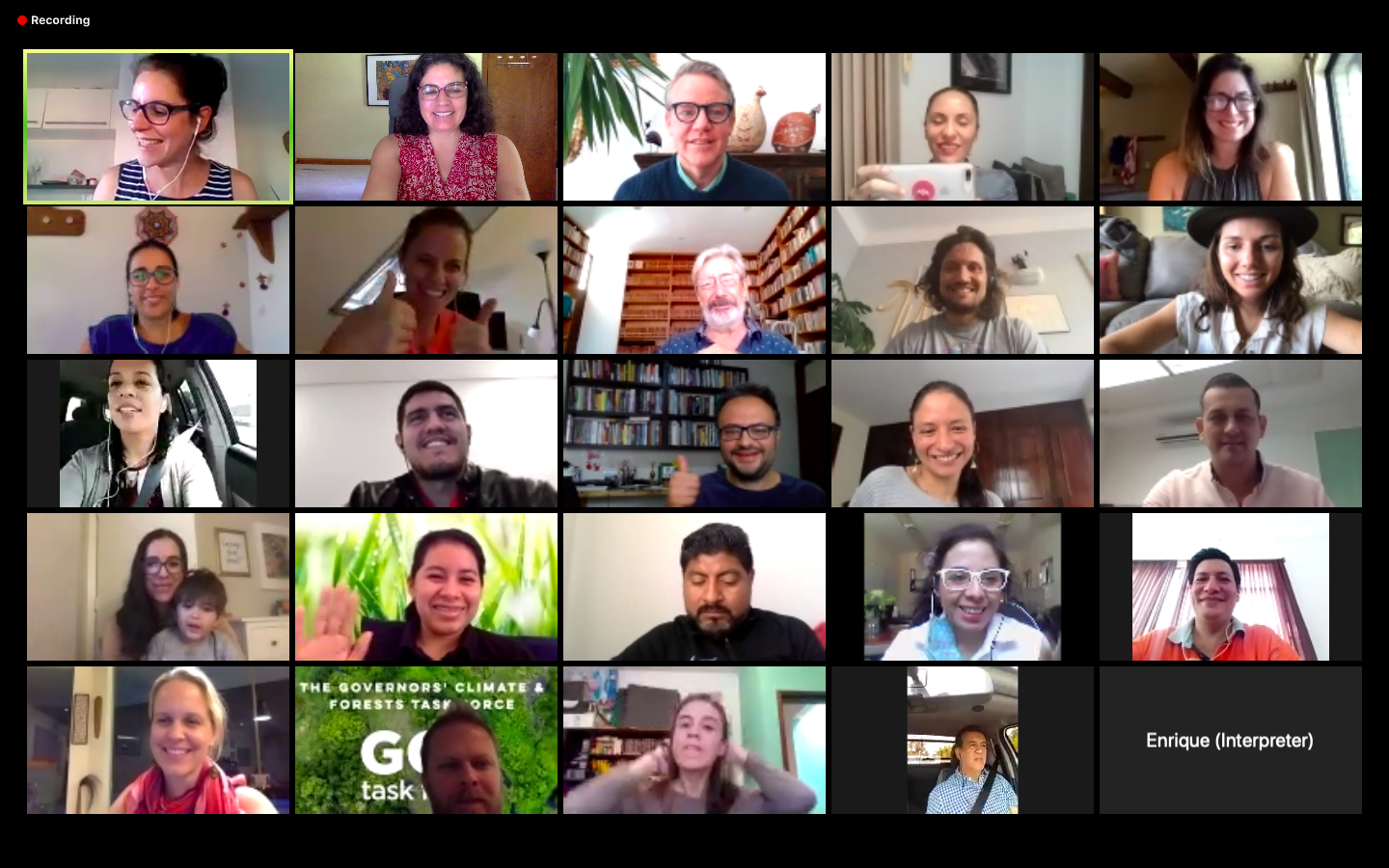 Participants in Mexico’s Regional Gender Workshop in August this year, held in collaboration with the UNDP and CIFOR.

The role of women in the success of climate action initiatives and the sustainable management of forest resources has been proven many times. Recent work by the Center for International Forestry Research (CIFOR) the United Nations Development Programme (UNDP), and others demonstrate strong evidence of the positive effects women’s inclusion in forest management groups has on both governance and conservation outcomes.

Yet on the ground, challenges remain when it comes to gender issues being included in the design and implementation of forest-based climate action plans. There is increasing evidence from around the world suggesting that gender-blind climate action not only fails to meaningfully engage women as stakeholders and agents of change, but may in fact reinforce or even exacerbate existing gender inequalities.

Despite increasing emphasis on gender equality in recent climate agreements, current research on REDD+ (Reducing Emissions caused by Deforestation and Forest Degradation) has shown that gender considerations are often either insufficiently addressed or missing entirely in REDD+ policy design and implementation.

In an effort to address these challenges, many member states of the Governors’ Climate and Forests (GCF) Task Force are taking important steps toward closing gender inclusion gaps and integrating gender into their work on the forest and climate agenda.

The GCF Task Force is the world’s largest subnational collaboration of states and provinces working to reduce deforestation and advance low-emissions development. With membership stretching across 38 states and provinces in 10 countries and covering more than a third of the world’s tropical forests, it provides a significant platform for advancing forest and climate solutions at the jurisdictional level.

This year, with the help of CIFOR, UNDP, and Forests, Trees and Agroforestry (FTA), the GCF Task Force is piloting a series of online learning and knowledge-sharing workshops on gender and REDD+ for member states in Mexico, Peru, Indonesia and Brazil.

The idea of of holding the gender mainstreaming workshops came up at last year’s U.N. Conference of Parties (COP 25) climate talks in Madrid, where CIFOR and partners hosted a side event on gender-responsive climate finance, featuring – among others – Mauren Lazzaretti,  Secretary of Environment for the state of Mato Grosso in Brazil.

The side event was complemented by a GCF Task Force luncheon where nearly 40 women from GCF Task Force member states and provinces, partner organizations, and research institutions gathered to strategize on increasing effective gender action. Participants emphasized the need to craft a comprehensive gender policy across the GCF Task Force to advance women’s roles in the network and more explicitly include gender in the forest and climate agenda.  “In the GCF Task Force, we have a platform to recognize female leaders,” said Yucatan’s Secretary of Urban Development and Environment Sayda Rodriguez at the time.

“People realized that one of the issues that really needed to be included further in the work of the task force at the jurisdictional level was gender,” says Iliana Monterroso, co-coordinator for Gender and Social Inclusion Research at CIFOR. “But they actually felt they needed some training for this.”

“What we really wanted to do with these workshops is make sure that the right people were there,” says Elizabeth Eggerts, gender and REDD+ specialist at the UNDP. “The goal was to have GCF Task Force delegates from each of the member states attend, because they are key actors who are guiding REDD+ action. Having them support and advocate for gender is crucial in promoting the effective integration of a gender approach in such efforts.”

Each workshop is organized in two sessions of two hours each over the course of two days, with specific session content designed to meet the participants’ needs based on pre-workshop surveys. During the workshop, participants are introduced to evidence on the relationship between gender equality and forest management, as well as good practice examples for mainstreaming gender into REDD+. There is also a big emphasis on encouraging participants to share their experiences—including both successes and challenges—with respect to addressing gender in the context of their respective jurisdictional programs.

“The jurisdictions are at different levels of development of their own operational strategies,” says Monterroso, “so the idea is to try to influence, but also learn from each other, especially from those who already have their strategies in place. Participants highlighted the opportunity to exchange and share their experiences as one of the outcomes of this workshop.”

With workshops in Mexico and Peru completed so far, another issue that has emerged is the way the jurisdictions in each country need to work across very different levels, says Monterroso.

“As jurisdictional governments, they need to engage not only with national governments, but also with local governments,” she says. “It’s an entry point because it actually allows you to work at multiple governance levels and to look at the different challenges gender mainstreaming will face going across these very different levels.”

In the case of Peru, for example, workshop participants were open to sharing both their experiences and the challenges they are facing. “Their perspective on gender was multi-sectional, having to deal not only with gender differences but also social differences coming out from addressing ethnicity and socio-economic aspects.”

For Alejandra Blanco, one of the delegates representing the state of Jalisco in Mexico, the workshop she attended last August was both “very dynamic and very concrete. Issues were approached in a very direct way,” she says, “with examples that were very clear, and with the feedback of all the participants. It was very productive because we had many good examples, things people were doing in other places that we as a state can adapt, or that we could share with the others.”

Upcoming workshops with jurisdictions in Indonesia and Brazil will take place in November and December this year.