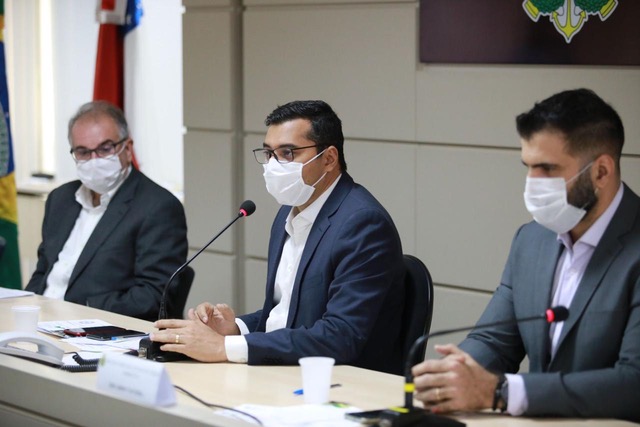 Today, Governor Wilson Lima of Amazonas, Brazil launched the “Amazonas Mais Verde” program to strengthen sustainable economic development, land and environmental regularization as a strategy to contain deforestation and forest fires—with particular attention to Southern municipalities and in the Metropolitan Region of Manaus.

The Program, based on the Plan for the Prevention and Control of Deforestation and Burning of Amazonas (PPCDQ-AM), will last for two years and will involve integrated work between several state departments and agencies. R$ 56 million will be invested, with funds repatriated by Car Wash Operation (Operação Lava Jato).

“We have three main axes: land regularization; command and control, which is combating fires; and the issue of stimulating agroforestry agriculture. We are working on combating fires and deforestation, but we are also presenting an alternative for our people, for those who produce and for those who work in those regions. If you protect the citizens, you protect the forest” –Governor Wilson Lima

Actions to be implemented through Amazonas Mais Verde include:

According to the Secretary of Environment of Amazonas, Eduardo Taveira, the articulation between departments and agencies will not only strengthen actions to combat environmental crimes, but also generate forest-sustaining economic opportunities.

“Investing in activities with low environmental impact can guarantee post-COVID-19 economic recovery and, above all, generate income for the population—especially the riverside population, the traditional indigenous population, small and medium farmers, family farmers— generating a basis of prosperity and environmental conservation” –Eduardo Taveira, Secretary of Environment of Amazonas

During the ceremony, Governor Wilson Lima also announced a new Command and Control Center in the municipality of Apuí, in the south of the State of Amazonas, to strengthen environmental surveillance in the region.