Emissions Neutrality and Deforestation: Results and Challenges of States and Companies in the Brazilian Amazon – Summary 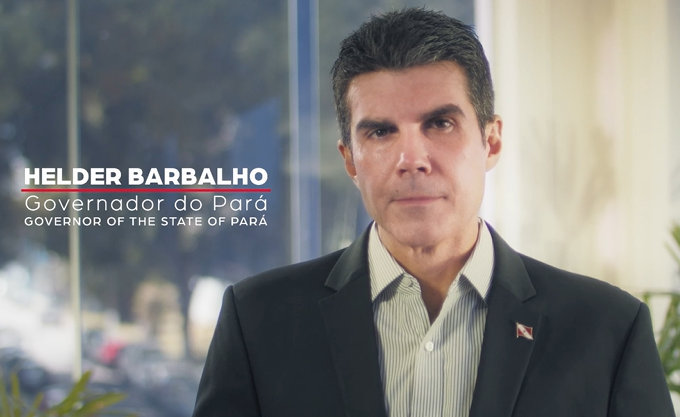 The Governor’s Climate and Forests Task Force hosted a live international event this Wednesday for New York Climate Week 2021 to showcase work done in Brazil to reduce emissions and preserve the rainforest. Several sectors working to achieve GHG emissions neutrality by 2050 shared their commitments, strategies, and challenges during the session. The main message is that achieving this target depends upon reducing deforestation in the Amazon—and this can only be done through targeted actions and strategic partnerships among governments, companies, and civil society. After hearing all the representatives speak, the floor was opened for discussion and a Q&A using the comments section.

The three largest Brazilian Amazonian states: Mato Grosso, Pará, and Amazonas, all members of the Governors’ Climate and Forests Task Force (GCFTF) and the UNDER2 Coalition, discussed how this takes place from the perspective of governments by presenting decarbonization trajectories and specific climate action strategies that reinforce jurisdiction-wide emissions reductions and contribute to the global Race to Zero campaign. Marina Grossi, President of the Brazilian Business Council for Sustainable Development (CEBDS), underscored Brazil’s role in global emissions control and focused on nature-based solutions. She said that “solutions based on nature can represent 37% of the solutions that we have in the Paris agreement to reach 2 degrees celsius.” The carbon market arrangement is another focus of the work done by her organization, and they are lobbying for a bill that is being introduced in their parliament.

Governor Wilson Lima from the State of Amazonas also provided a pre-recorded message for the discussion. He shared that his state has invested heavily in sustainable development initiatives which seek to bring progress and keep emissions at bay. The State of Amazonas’ emissions reduction goal is 15% by 2023 and 0% by 2050. Governor Lima aims to meet this goal through strengthened firefighting, environmental licensing task forces for urban and rural areas, and incentivizing sustainable cultivation systems for family agriculture. His aspiration is for “a global pact for the Amazon,” which can bring about innovative action which ensures cooperation between all countries to preserve the lungs of the Earth and alleviate poverty in the region.

The state of Pará is the second largest in Brazil, and it has the most territory, which comprises the Amazonian rainforest. Their governor shared that 50% of their emissions come from cattle farming, and most of their population is situated in rural zones. They also face the common challenge of illegal dumping, logging, and emitting, which sets back their sustainable development goals. They share many of the same tactics used by other states to combat this pollution and promote legal and sustainable use of resources such as land, water, and forests. In this state, we can see that they are working to strike a balance between the needs and wants of the private sector and their priorities for conserving the environment and pristine rainforest areas.

Comprising less than 5% of the world’s population, indigenous people protect 80% of global biodiversity. Along with this, South America is one of the most dangerous places in the world for environmental protectors. Places like Colombia and Mexico have seen many activists murdered at the behest of corporate interests, including logging and mining corporations. Brazil’s current President, Jair Bolsonaro, has been a constant enemy of the Amazon, pushing for destructive development, which would put over 380,000 square miles of rainforest at risk to promote business interests in infrastructure development and mining. Indigenous people bear the brunt of the consequences of weakened environmental policies instated to allow more infrastructure development in the Amazon from the 2000s onward.

The Amazon Concertation is an initiative that unites more than 200 business leaders, researchers, politicians, and environmentalists to promote sustainable development and climate neutrality across the Amazon. The four main pillars of the Concertation are development, business, institutions, and governance, and one of its stated goals is to bring together knowledge producers to catalyze change. Working groups of several stakeholders in private and public sectors come together in the hope of decentralizing and strengthening the environmental debate, increase knowledge and understanding about the Amazon, and propel an agenda for Amazon development.

You can watch the recording of the day’s events below: