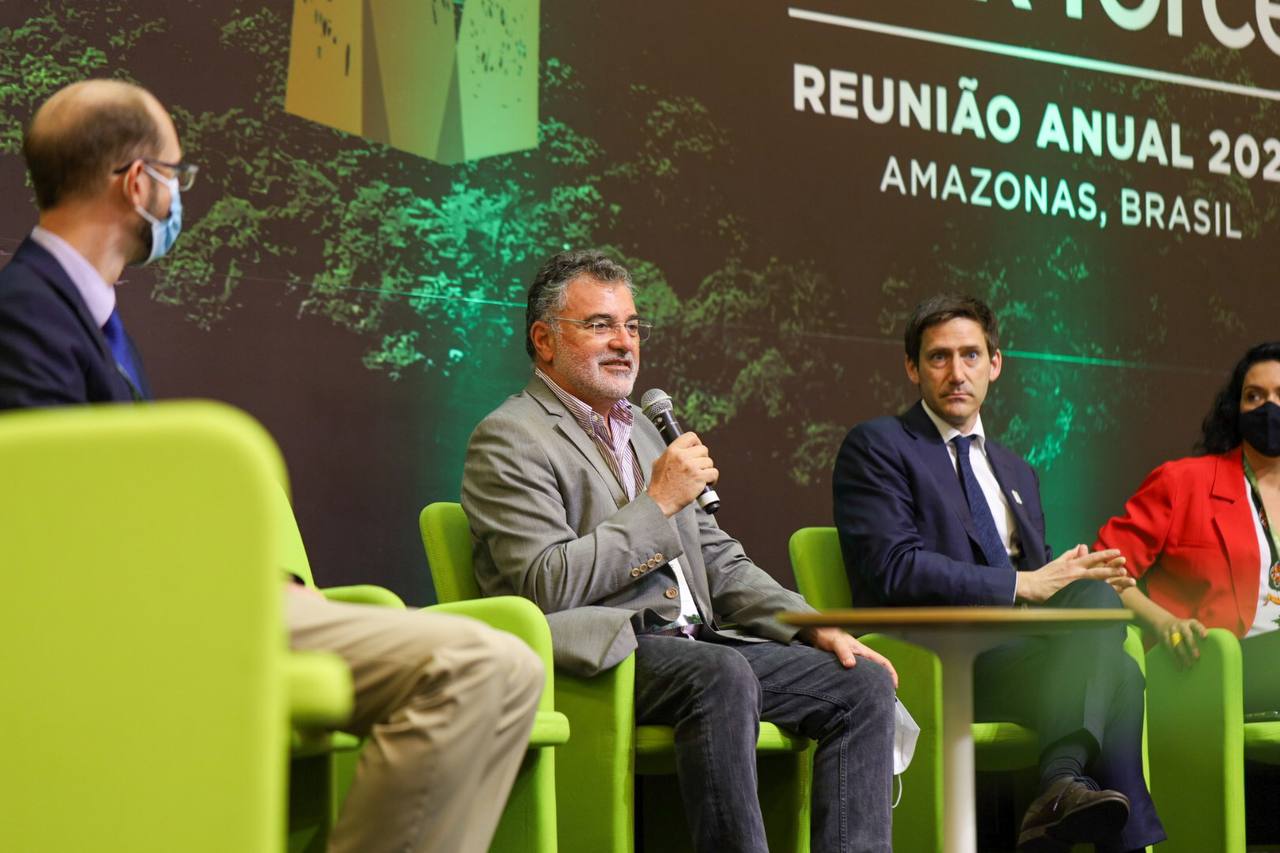 On the second and last day of the event, the 12th Annual Meeting of the Governors’ Climate & Forests Task Force (GCF Task Force) continued with panels that discussed the pillars that make up the Manaus Action Plan (MAP), the main document produced by the meeting, which will guide the actions of the task force for the coming years.

The first panel on Friday (18) approached the theme “Finance and investment – New financial opportunities to support the rainforest”. The discussion had a special focus on carbon markets and both public and private investments in initiatives that promote environmental preservation.

In the second plenary session of the morning, the theme was “Government and Public Policies – Implementing Innovative Governance and Policy”. As the theme suggests, the focus was on government actions that can contribute to the preservation of the environment and contain the advances of climate change.

Also on Friday morning (18), the chairman of the Sustainable Amazon Foundation (FAS), Virgilio Viana, presented a panel about the B Window project. It is an initiative of the GCF Task Force to support the states of the Amazon to have the legal framework and institutional strengthening so they can access international funding mechanisms.

There is already an architecture called Leaf (Law Enforcement Assistance Fund), a mechanism that involves governments and international companies interested in making donations in favor of reducing deforestation and improving the quality of life of the Amazon populations.

FAS was selected for its competence and institutional capacity to manage the B Window, with all the rigors of compliance, independent auditing and professionalism. FAS will work together with a network of six other non-governmental institutions that will support the other states. “We are going to support the state of Amazonas and each other state of the Amazon identified an institution that has competence and a history of relationship with the various governments so that these institutions of the civil society can support the state governments to prepare for this financial mechanism of fundraising”, explained Virgílio Viana.