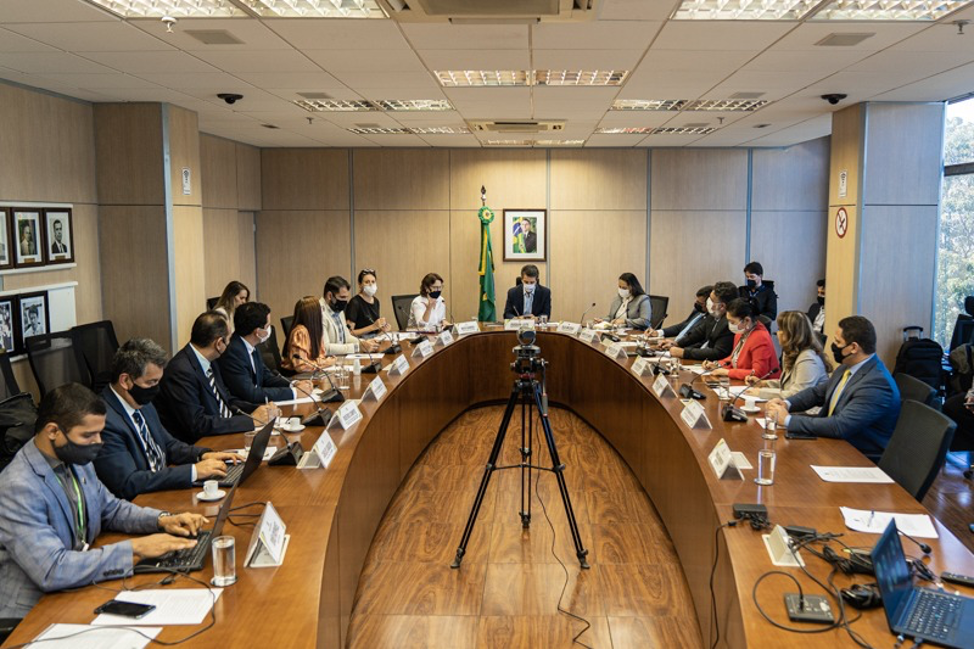 The conversation began with an analysis of the situation in the states, presented by each Secretary. It continued with a discussion on how to approach the Federal Forces in the illegal deforestation initiatives led by Brazil’s Ministry of Environment with the participation of the National Force, the Brazilian Institute of Environment and Renewable Natural (IBAMA), Chico Mendes Institute for Biodiversity Conservation (ICMBio), Ministry of Justice and Public Safety, Federal Police, and the Brazilian Army. As a result, the Minister and the secretaries developed integrated strategies to reinforce the fight against deforestation.

The meeting concluded with an overview of the plan for the region, with the signing of the Technical Cooperation Agreements that are part of the Brazilian National Payment for Environmental Services Program called “Floresta+,” or Floresta Mais in Portuguese. Floresta+ includes essential strategies for remunerating rural landowners in the Amazon for their conservation and anti-deforestation efforts.