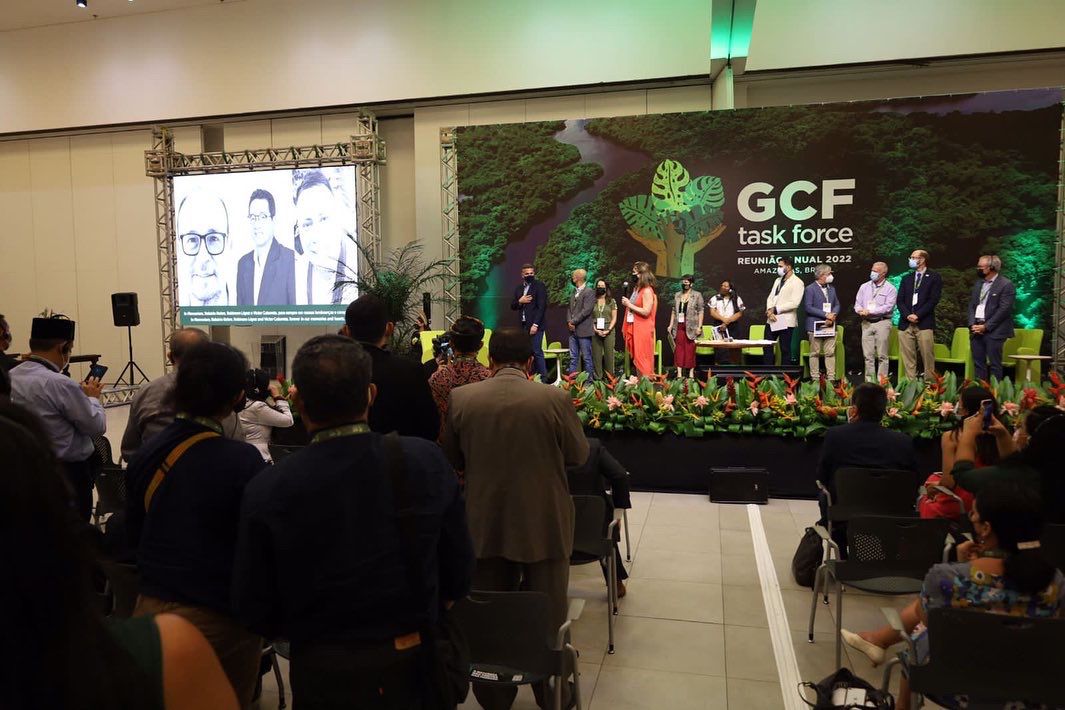 The official closing of the 12th Annual Meeting of the Governors’ Climate & Forests Task Force (GCF Task Force) was marked by an awards ceremony for several of our outstanding colleagues and leaders.

Special awards were given to people who, even during the pandemic that postponed the meeting for two years, did not let their enthusiasm for tackling deforestation, sustainable development, and climate change cool.

The “Everyday Hero Award”, which recognizes an outstanding civil servant for their work within the GCF Task Force, was given to the Director of the Environmental Management Tools of the Tocantins Government, Marli Santos.

The “Senior Leadership Award”, a new award which recognizes the tireless and inspiring efforts of senior jurisdictional leaders, was given to the incomparable Secretary of Environment of Amazonas, Eduardo Taveira.

The “Distinguished Service Award” was granted to two amazing delegates and long-time leaders who will be stepping down from their roles within government: Rafael Robles de Benito, the Director-General of the Instituto de biodiversidad y Áreas Naturales Protegidas de Quintana Roo, in Mexico; and Richard Corey, Executive Officer of the California Air Resources Board.

The ceremony concluded with a moving tribute to Robério Nobre, Robinson López, and Victor Galarreta, members of the GCF Task Force family who left us too soon.