GCFTF Members from Brazil, Peru, and Mexico Gather at COP26 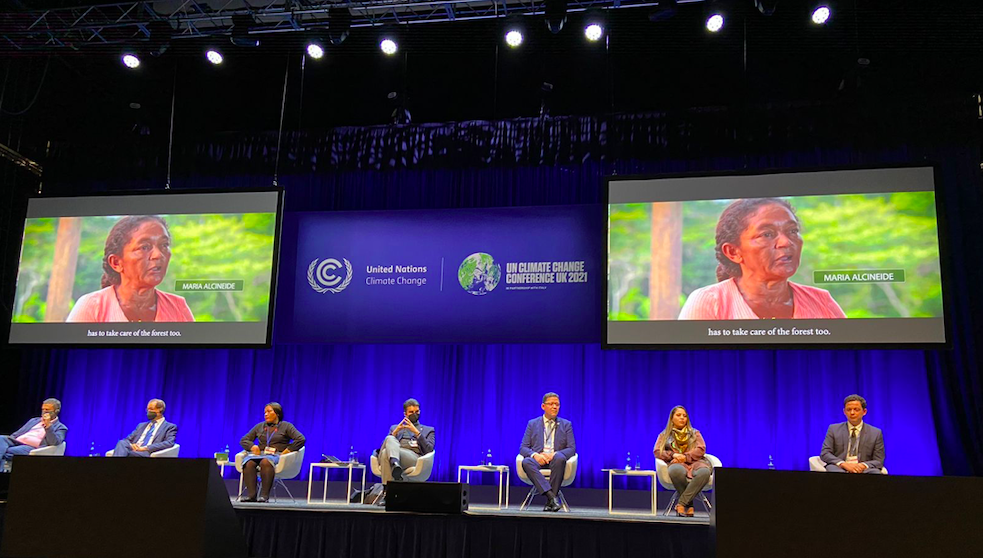 (Glasgow, Scotland) The Governors’ Climate & Forest (GCF) Task Force held an Official Side Event at COP26 in Glasgow Scotland. The GCF Task Force discussed the Manaus Action Plan, a plan for subnational leadership to reduce tropical deforestation, create forest-based economies, and protect the rights of Indigenous Peoples and local communities in 1/3 of the world’s tropical forest states and provinces. Governors, secretaries and leaders from Brazil, Mexico, and Peru spoke in depth about their priorities they had within this plan, as well as their specific role that they would play.

The GCF led Side Event occurred the week after 100 counties, including Brazil, announced that they had pledged to end deforestation by 2030. The Manaus Action Plan is pivotal to aid in this commitment and to achieve the lengthy goals of change. This work in progress is set to launch for the first time in Manaus in February at the GCF’s Annual Conference. The action plan is a guideline for the GCF, and the states involved, to unite and create a joint strategy to enact real action and change over 2022-2030.

During the event, panelists discussed this new model of development while emphasizing the wellbeing of these rainforest communities, specifically the Indigenous People. The speakers drew on concrete examples of sustainable solutions as they pointed to cacao, agriculture, tequila, while prioritizing the inclusion of gender, youth, and local people in order to ensure that the programs and policies are highlighting both the people and the forest throughout the preservation.

Highlights from the Panel:

“We are in a key event where we are looking for solutions to face global climate challenges. The discussions here show that the concept idolized by the Manaus Action Plan is consistent and pivotal in order to achieve the goals of change and to develop the economy that will generate the well-being of local populations.”– Adriano Mendonça, Secretary of Federative and International Relations of Amazonas, Brazil

“The state of Pará is taking the lead in the process and launching 400 million BRL to finance the bio-economy which will incentivize and fund small and rural businesses, smaller holder farms and local communities which are very isolated – this is the heart of the financial strategy.” – Governor Helder Barbalho of Pará, Brazil

“COP is an important moment to see conservation in a different way, but we cannot forget the people that live there in the forest.”– Governor Marcos Rocha of Rondônia, Brazil

“I share a life with the Indigenous People and traditional communities and if we are speaking of bioeconomy, we must acknowledge the activities, that are promoted by those people who live in the forest and who are from the forest, from this outlook and work on the ground, we see that it is not as simple as it seems, we face many challenges and have to understand them while developing opportunities – both in the social, economic, and environmental sphere with the forest which has one of the lowest human development rates –  access to power, communication, and basic sanitation.” – Julie Messias, Director of Ecosystems, Ministry of Environment, Brazil

“The objective is to fight against the enormous inequality in our countries, to work together with the communities, strengthening their capacities to ensure that forest conservation is not only a global objective, but that the beneficiaries are the inhabitants of the forest areas of our states, which have also suffered in an exceptional way from the COVID-19 crisis. This is the path to follow in order to meet the objectives established in this great global agreement to combat deforestation at COP26.” – Secretary Sergio Graf, Secretary of Environment and Territorial Development, Jalisco Mexico

“We can’t think that after the pandemic we can have the same business as usual, rather we need to learn a lesson, and this is the effort that we are doing, within the GCF Task Force to collect all these learnings from one government to another and what we can do to contribute to this development and this alignment with recovery of a green economy after this pandemic.” -Fabiola Munoz, GCFTF Country Coordinator, Peru

“We are not against development, we are in favor of it, but sometimes we develop in the wrong way –  we need to develop in an organized way so as to not damage the environment and to damage people because the relationship between man and nature is very important, thus we need to map the situation.” – Francisca Arara, President GCFTF/ LC Brazilian Regional Committee

“This is a strategic value (the Manaus Action Plan) for the entire world, we should really work at this for with great responsibility for future generations, what will we do, those of us who are here today? What will we do for the entire world? What are we doing at the COP? What are the environmental experts doing? We all want to look for the wellbeing of our people, but that has to be done in a way that conserves and protects the forests and that’s the challenge that we have.” – Governor Pedro Bogarin, Governor of San Martin of Peru

“85% is natural reserve but we need to value it, can’t forget about the local inhabitants as we need to take care of the forests, but also ensure good livelihoods of the people, children and their health.” –Secretary Israel Milani, Secretary of Environment Acre, Brazil 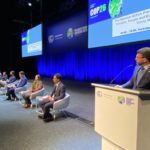 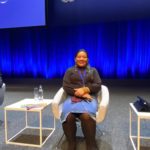 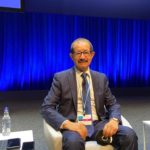 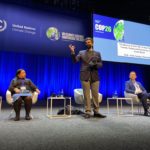 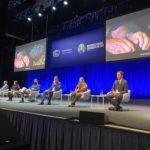 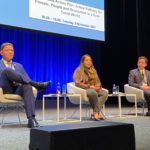 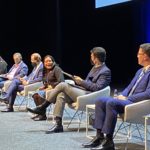 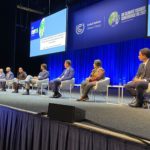 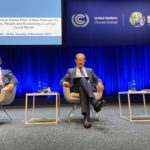