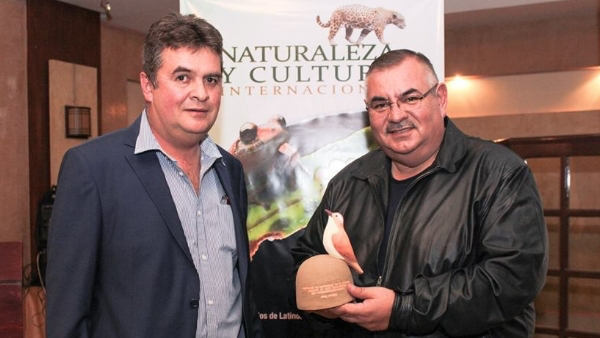 2017 was a busy year for Antonio Kubes, the Governor of Pastaza, Ecuador.

In March, Governor Kubes signed an ordinance to establish the Pastaza Ecological Area of Sustainable Development, a protected area of more than 2.5 million hectares that covers 90% of the province.  The designation creates a biological corridor with the Yasuni National Park, helping conserve forests that are home to some of the highest levels of biodiversity in the world. The protected area was also created to improve territorial planning and recognize the rights of the seven indigenous groups that depend on the region’s forest resources.

In September, Pastaza became the first Ecuadorian province to join the Governors’ Climate and Forests (GCF) Task Force during its 2017 annual meeting in Balikpapan, Indonesia.  Pastaza joined other Latin American states and provinces from Peru, Brazil and Mexico that have initiated jurisdictional programs to mitigate climate change and reduce tropical deforestation.

And in October, Governor Kubes signed two landmark commitments at the UNFCCC COP 23 Climate Conference in Bonn, Germany.  The first, the Rio Branco Declaration, provides a guiding framework for the GCF Task Force to reduce deforestation by 80% by 2020 and develop partnerships with indigenous communities and the private sector.  The second, the Under2MoU, has a complementary goal of limiting greenhouse gas emissions to 2 tons per capita, or 80-95% below 1990 levels, by 2050.  Governor Kubes described his joining these efforts as “an opportunity to ratify Pastaza’s commitment against climate change and the efforts of global sub-national governments in this fight. 92% of Pastaza’s territory is conserved tropical rainforest, with the largest biodiversity on the planet.”

International conservation organization Nature and Culture International (NCI) recently recognized Governor Kubes for his achievements at an event celebrating the organization’s 21st anniversary in Ecuador on November 30th.  NCI collaborated with the provincial government and indigenous communities for more than three years to support the establishment of the Pastaza Ecological Area of Sustainable Development. The event highlighted the culmination of these efforts with Governor Kubes’ formal designation of the protected area in March.  Following this recognition from NCI, Governor Kubes was nominated by the magazine Republica Selva as Person of the Year, highlighting his efforts both locally and internationally to advance a green agenda in the province.