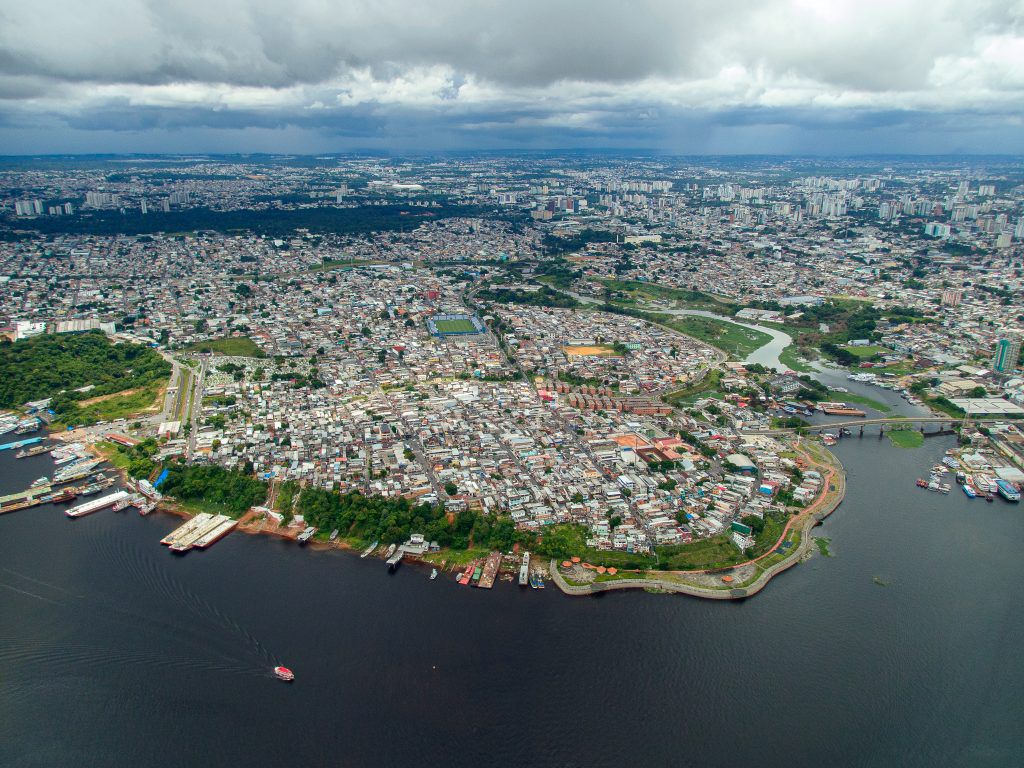 A new video from the governor of Amazonas kicks off with an informal salutation: “Olá, Jeff.” Directed at Jeff Bezos, the founder and former CEO of Amazon, the video is narrated in the voice of the Amazon rainforest and contrasts the activities and value of the mega corporation with that of the world’s largest tropical forest region and its 38 million people.

“If your company is the most valuable of all, I am priceless,” the forest says.

The video is part of a campaign by the governor of Amazonas, Wilson Lima, to increase investments in Brazil’s largest state, located in the heart of the Amazon River basin. Lima hosted the 12th annual meeting of the Governors’ Climate and Forests Task Force last week in Manaus, gathering more than 300 participants, including governors, environment secretaries, Indigenous peoples, and international and local partners focused on tropical deforestation and rural livelihoods.

In a little over 60 seconds, the video encapsulates two principal themes from the meeting: the need for outside investment from wealthier parts of the world to protect forests; and the importance of providing sustainable livelihoods for the millions of people who struggle with poverty in tropical forest regions.

“Get down here, Jeff. The Amazon is calling for you,” the voice of the forest says, echoing a call from governors in the GCF Task Force for the private sector, as well as public institutions and philanthropic foundations, to step up their investments in tropical forest regions.

As part of the Manaus Action Plan, a new policy guide launched at the meeting, each jurisdiction has developed a detailed investment plan to spur public and private finance. To date, financial flows have been insufficient for regions and countries to reach their goals for reducing deforestation and addressing rural poverty.

The voice of the forest also emphasizes the people who live in the Amazon region: “Under my trees, real people live their lives. And if they are not looked after, it’s impossible to take care of me.”

At the meeting, Lima observed that outsiders often see the Amazon River basin for its biodiversity, but not its population, which is roughly the same size as California’s.

“The world looks at the forest today and doesn’t see that, among the trees, there are real people living here,” Lima said. “In the eyes of the world, today, we are 38 million invisible people.”

Providing meaningful economic opportunities for people in forest regions – both those who live in forests and those in cities and towns – is critical for reducing deforestation. The Manaus Action Plan notes that any effort to protect forests will not succeed unless it also reduces poverty.

“The most important part of the Manaus Action Plan is the recognition that the forests agenda – the conservation agenda – must also be an anti-poverty agenda,” said William Boyd, the Emmett Institute’s faculty co-director, in opening remarks at the meeting.

– A new MOU between USAID and the GCF Task Force, signed by Lima and USAID Brazil director Ted Gehr, formalizes a partnership focused on sustainable economic development in the Amazon region, including work with indigenous communities to produce and market sustainable goods from the forest – and attract further private investment. USAID has also supported an impact investment fund in the Amazon with the goal of reaching $65 million in private sector investments, and worked alongside the Development Finance Corporation to help lower the risk for private financing for small businesses in the Amazon.

– And a state initiative, Guardians of the Forest, that pays families who live in state conservation units to protect forests will expand to provide R$100 monthly payments to more than 14,000 families in 28 conservation areas, making the program one the world’s largest payment-for-ecosystem-services schemes. Formerly called Bolsa Floresta, the initiative was re-named to emphasize the important role of communities in protecting forests.

Far more private and public finance is needed. So when the Amazon River invites Jeff Bezos and other private sector leaders to come down to the forest and get to know its people and ecosystem, let’s hope they hear the call.