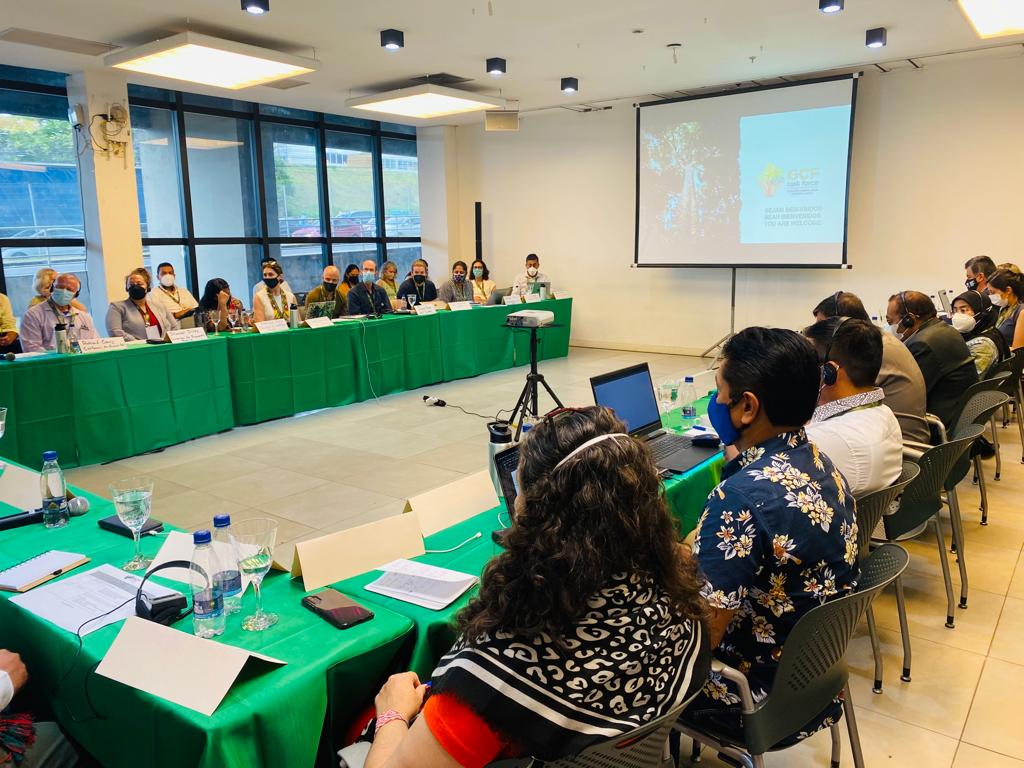 This week, on the banks of the largest river system in the world, Governors, environment secretaries and civil servants, Indigenous peoples and local community leaders, national governments, the private sector, and partner organizations will be meeting to discuss innovative partnerships and solutions to the threat of tropical deforestation at the 12th Annual Meeting of the Governors’ Climate and Forests (GCF) Task Force in Manaus, Amazonas, Brazil.

This meeting continues the legacy of the GCF Task Force – the world’s oldest and largest coalition of subnational jurisdictions, with 38 member states and provinces from ten countries, representing more than a third of the world’s tropical forests – of seeking to shift away from the current economic incentives that are causing substantial deforestation of tropical forests to the detriment of the climate and the people who depend on these forests (both locally and globally). Tropical deforestation is estimated to cause more climate warming emissions than the global transportation sector, and deforestation rates have increased despite the COVID-19 pandemic. Even if the world were able to shut off all fossil fuels today, we cannot avoid the worst impacts of the climate crisis unless we simultaneously, and without delay, reduce emissions from tropical deforestation and other land use changes.

A key element of the actions that GCF Task Force states and provinces are taking to reverse these trends is close partnership with Indigenous peoples and local communities. In 2018, the GCF Task Force endorsed Guiding Principles for Collaboration and Partnership Between Subnational Governments, Indigenous Peoples and Local Communities. Implementing these principles to ensure equitable, collaborative partnerships between governments, Indigenous Peoples, and local or traditional communities is essential for guaranteeing the human and territorial rights of key forest guardians. These partnerships are critical for conserving important forested regions of our world. The first session of this year’s annual meeting on Tuesday, March 15 is a reconvening of the Global Committee of Indigenous Peoples and Local Communities of the GCF Task Force. This Global Committee is working to implement the guiding principles across GCF Task Force jurisdictions and conducting the necessary partnership building that to ensure the success of this work.

The host of this year’s Annual Meeting, Governor Wilson Lima of Amazonas, Brazil – a state in the heart of the Amazon Basin which in and of itself is nearly three times larger than France – has Chaired the GCF Task Force since its last meeting in Caquetá, Colombia, in 2019. Later this week, he will be asking his fellow governors and GCF Task Force delegates to endorse a new call to action that is being called the Manaus Action Plan for a New Forest Economy (MAP). The MAP will serve as a policy guide for member states to reduce deforestation, create sustainable, forest-based economies, and protect the rights of Indigenous peoples and local communities, as well as a guide for partners to work directly with GCF Task Force member states and provinces. Through the MAP, GCF Task Force members will propose ambitious solutions to halt deforestation, recognizing that critical partnerships and sufficient financial support will be necessary to implement them.  Stay tuned for more on the MAP and the GCF Task Force theory of change through government-to-government interactions and partnerships in a subsequent Legal Planet blog post later this week!

Background on the GCF Task Force

The GCF Task Force is a coalition of 38 states and provinces working to protect tropical forests, reduce emissions from deforestation, and promote rural development that maintains forests. Today, the coalition’s member states and provinces cover one-third of the world’s tropical forests and the task force has supported jurisdictional strategies and investment plans in each tropical region, harnessing the political leadership of committed governors and empowering civil servants and their civil society partners to build and maintain successful subnational programs. The GCF Task Force is currently housed at the University of Colorado at Boulder and will transition to the Emmett Institute on Climate Change and the Environment at UCLA School of Law in mid-2022. The Emmett Institute is co-sponsoring the GCF Task Force Annual Meeting. See here for more information.