On July 10th, GCF Task Force delegates from Indonesia held a webinar to share information on the design of the Benefit Sharing Plans (BSP). BSP’s are mechanisms to distribute revenue that is generated from reducing deforestation, such as the NOK 530 Million (approximately USD 55 million) the Government of Norway has committed to Indonesia for reducing deforestation in 2017, and anticipated payments that will be made to East Kalimantan under the World Bank’s Forest Carbon Partnership Facility’s (FCPF) Carbon Fund.

The BSP developed by East Kalimantan is the first of its kind in Indonesia and faces strict requirements under the FCPF Carbon Fund. The BSP will provide the foundation for the province to manage and distribute revenue generated from an Emissions Reduction Purchase Agreement which is expected to be signed later this year. The program will provide payments to the province if it is able to reduce deforestation between 2020-2024.

During the webinar meeting held in July, East Kalimantan described the 13-month effort they embarked upon to gather broad stakeholder input on priorities and opportunities for distributing benefits. Beginning in May 2019 and concluding in June 2020, the province incorporated input from an array of stakeholders based on principles of transparency, equitability, and extensive communication and consultation. East Kalimantan is Indonesia’s first pilot province for the FCPF Carbon Fund. The province has set a goal of reducing emissions from deforestation by up to 30 million tonnes of carbon dioxide equivalent over four years. With a price of USD 5 per tonne of carbon dioxide equivalent, the total revenue generated by the province could top USD 150 million. Payments are scheduled to occur in 2021, 2023, and 2025 after emission reductions are verified. Additional interim payments may occur in 2022 and 2024.

East Kalimantan’s BSP has played an important role in the FCPF process by providing safeguards and legal certainty to the province’s efforts to reduce deforestation. Beneficiaries under the program include adat/custom community groups, village governments, oil palm smallholders, estate crop companies, forest management units, forest/timber plantation concessions, social forestry, and national park agencies. Benefits will be delivered in both monetary and non-monetary payments—including goods, services, and other benefits funded by the emissions reductions payment The BSP document is available for public access: https://puspijak.org/Portal/read/463.

During the webinar held in July, GCF Task Force Indonesia provinces discussed how the lessons learned from East Kalimantan’s process are broadly adaptable to other provinces. Each province has committed to developing their own BSP rooted in their local context, while taking into account the success of East Kalimantan’s process. With support from the GCF Task Force, each province will be provided with technical support during 2020 to begin the process of developing a BSP which can be mobilized for emerging opportunities such as payments from Norway and the Green Climate Fund. In each case, the member provinces will coordinate closely with national authorities, including the Ministry of Environment and Forestry and the Environmental Fund Management Agency (BPDLH). 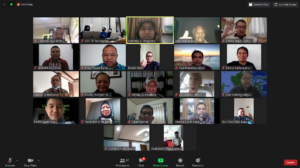 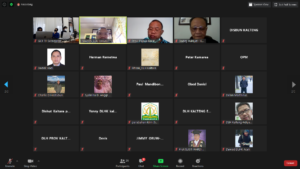 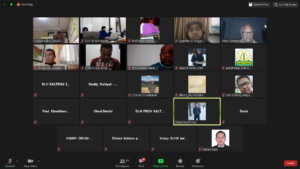 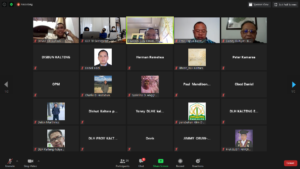