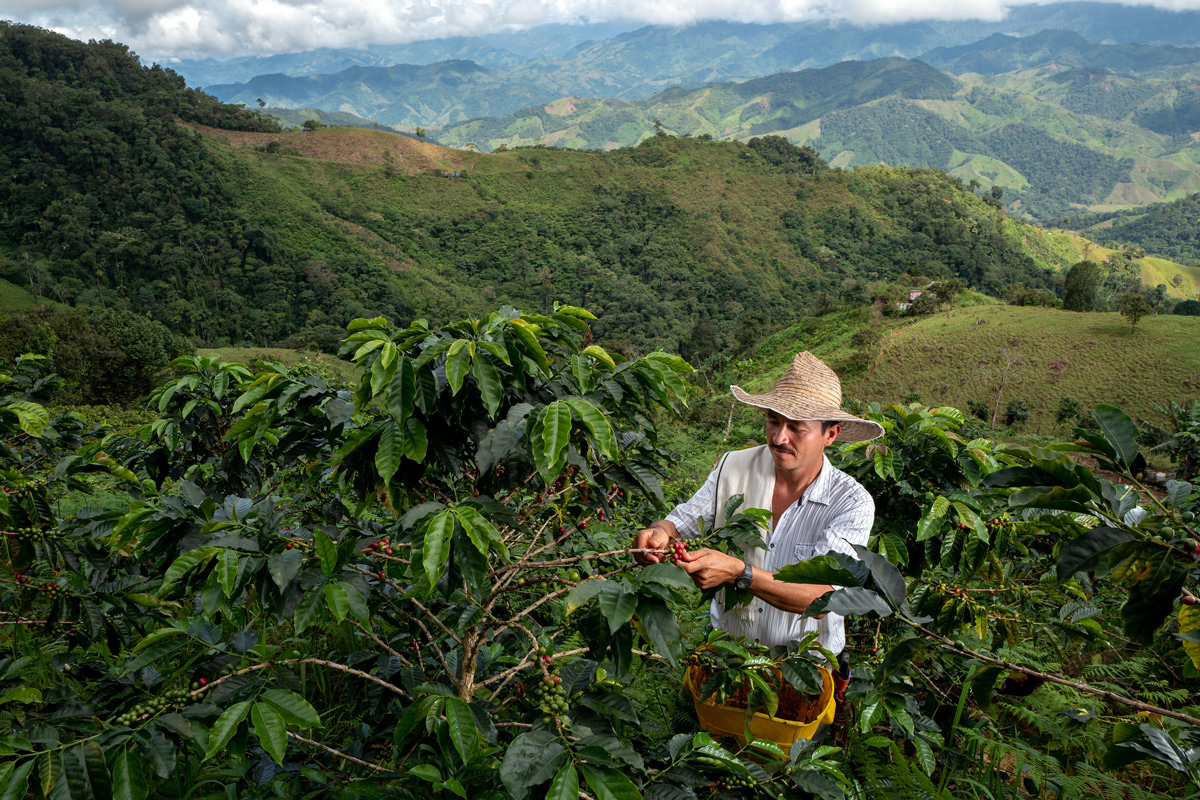 As the world confronts the second half of a tumultuous year spearheaded by the COVID-19 pandemic and associated impacts on forests, we look to Colombia for positive news after the Ministry of Environment presented the results of their 2019 deforestation monitoring yesterday.

Data presented by the Ministry of Environment shows a 19% decrease in deforestation in Colombia between 2018 and 2019.

Despite forest loss rising around the world, Colombia reports an encouraging reduction in deforestation. The country reduced deforestation by 19%, or 38,264 hectares, in 2019 after two consecutive years of significant forest loss in 2017 and 2018—a promising sign and the first time that deforestation has been reduced since a peace agreement was signed in 2016. The data presented from Colombia’s Instituto de Hidrología, Meteorología y Estudios Ambientales (IDEAM) aligned with an analysis earlier this year by Global Forest Watch, which highlighted Colombia as one of the few countries making progress in the fight against tropical forest loss.

Progress was led by the Department of Caquetá, which is the only Colombian member of the Governors’ Climate & Forests Task Force. Caquetá reduced deforestation by nearly 16,000 hectares compared to the previous year. This achievement was realized the same year that Caquetá chaired the GCF Task Force and hosted our Annual Meeting in Florencia, where the Department shared its experience in fighting deforestation with governments and partners from around the world. 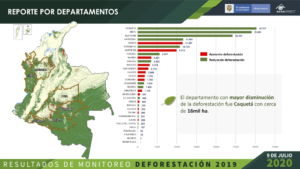 Deforestation reporting by Department shows Caquetá leading the way in reducing deforestation in Colombia, with a reduction of nearly 16,000 hectares.

The most important part of the deforestation reduction strategy that we have been implementing in the department of Caquetá is our efforts to reclaim the ancestral knowledge of ethnic and peasant groups related to forests, as well as aligning the different national, territorial and institutional planning tools with sustainable forest management to generate a forest economy framed in green growth. Together, the efforts of the national, regional, departmental and local government are aligned to reduce deforestation with the support of the international community, NGOs and, most importantly, the civil society of the Department. –Lorenzo Andrés Vargas Gutiérrez, Advisor to the Governor of Caquetá

The Ministry of Environment of Colombia presented the results of their 2019 deforestation monitoring on July 9th, highlighting 2019 data at both the departmental and municipal level.

The presentation identified the 12 primary drivers behind 67% of Colombia’s deforestation in 2019, including: