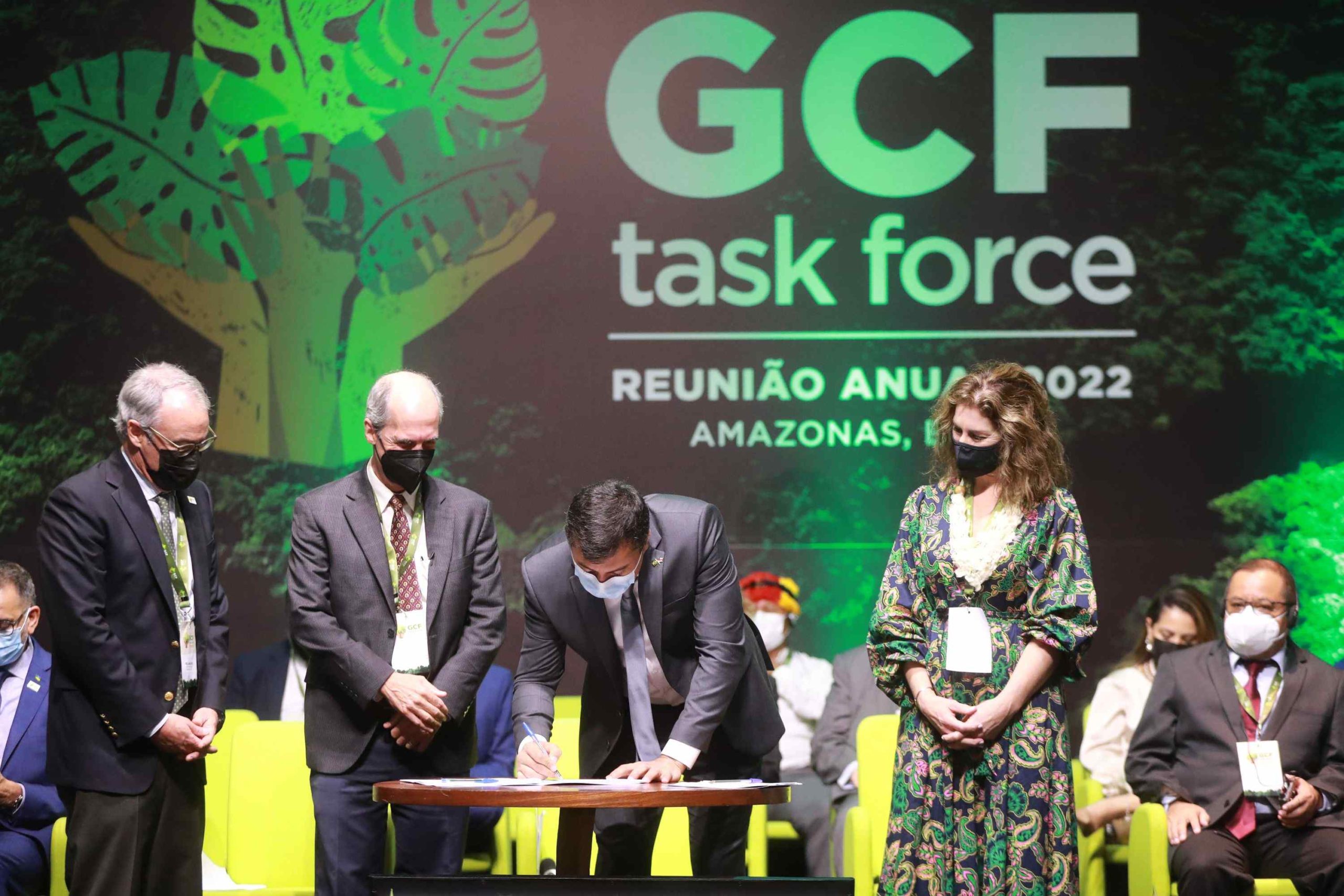 Governor Wilson Lima, together with the members of the Brazilian Amazon of the Task Force of Governors for Climate and Forests (GCF Task Force), signed, this Thursday (17/03), a Memorandum of Understanding with the United States Agency for International Development (USAID). The document aims to engage in common efforts to stimulate forest conservation strategies.

The signing of the document took place during the 12th Annual Meeting of the GCF Task Force, which is the first in-person edition of the GCF after a two year break because of the pandemic, at the Amazonas Vasco Vasques Convention Center, in the south-central area of ​​Manaus.

“What we signed was a letter, a protocol of intent, so that we can combine efforts to find ways to solve problems that are common to the states of the Amazon, in a practical way. USAID has partners that are important and that can be nominated for the governors of the Brazilian Amazon and other regions as partners to finance projects, to communicate with other governments and organizations, transfer technologies and experiences that can be used [in the Amazon ]”, said Governor Wilson Lima.

According to the governor, the partnership with USAID reinforces the work of the members of the GCF Task Force towards sustainable development.

“The arrival of an institution like this also guarantees a greater weight to the efforts that we have made in this understanding that we have of sustainable development, of preserving what we have in terms of the environment and also of fighting poverty”, explained Wilson Lima .

Head of the Secretary of State for the Environment (Sema), Eduardo Taveira highlighted the actions of the North American agency with a focus on development. “It is an important memorandum, a legacy of sustainability for the network, especially the impact on these riverside, traditional, quilombola communities, from all these countries, from all these states that have forests and people,” added the secretary.

at the world’s spotlight, the Annual Meeting of the Governors’ Climate and Forests Task Force (GCF Task Force) brings together members from 38 states and provinces that cover more than a third of the world’s tropical forests, located in Brazil, Colombia, Ivory Coast, Ecuador, Indonesia, Mexico, Nigeria and Peru.

The event’s main focus is to discuss the balance between environmental conservation and sustainable development, in addition to taking a different look at the forest population.