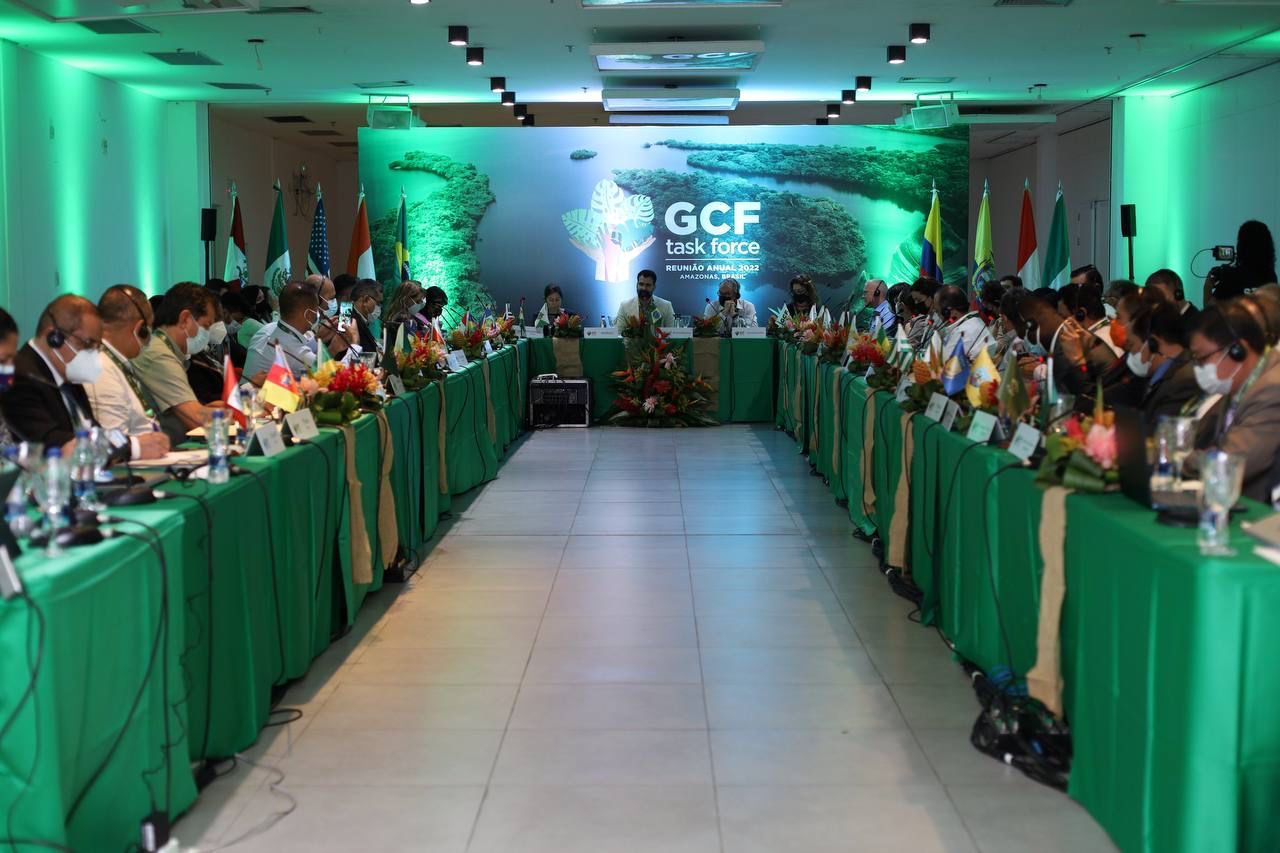 The host of the 12th Meeting of the Governors’ Climate Task Force (GCF Task Force), Wilson Lima, the governor, highlighted this Thursday morning (03/16), the importance of discussing the conservation of forests and aligning this with the fight against poverty and social inequalities.

“We can no longer accept that people from other countries, who do not know the reality of the Amazonian populations, protest against deforestation or fires, without taking into account people’s quality of life,” said the governor.

Wilson Lima also highlighted the progress achieved in recent years by the subnational members of the group, which he was in charge of until the current meeting, such as the financing of projects and bringing back into service a committee that seeks environmental solutions and guarantees rights to indigenous peoples.

This Wednesday’s meeting (03/16) had as its highlight the approval of the Manaus Action Plan (MAP), a document that will guide the next actions of the GCF Task Force. The MAP is focused on finding solutions to the sustainable development of regions with forests, and also working on complex issues such as social inequalities.

Furthermore, the election of the new presidency of the Governors’ Task Force on Climate and Forests (GCF Task Force) took place. Since 2019, the governor of Amazonas, Wilson Lima, has occupied the position after he was elected at a meeting in Caquetá, Colombia.

The directors elected a partnership between the three countries to occupy the presidency, in which meetings will take place in each one of them for adjustments and referrals of the GCF. The first meeting will be held in September 2022 in Peru, while in 2023 there will be two meetings, one in January in Mexico and another in August in Indonesia.

The Global Committee of Indigenous Peoples and Local Communities has resumed now after two years, during the presidency of Governor Wilson Lima. It is constituted of 17 NGOs, 34 governments and 18 indigenous peoples’ organizations.

Another important action presented at today’s meeting was the Innovation Funding Window (Window B), which supports strategic jurisdictional initiatives to achieve transformations that will accelerate the reduction of deforestation in GCF member states and provinces.

Approximately US$5 million (approximately R$25 million) is managed through Window B, destined towards executing the GCF Task Force members’ strategies and investment plans completed in Window A – another window of support, launched to develop robust jurisdictional strategies for REDD+ and low-emissions development, as well as investment plans to put these initiatives into practice. There are already five projects approved for the allocation of resources from window B.

To read the plan of action click on MAP